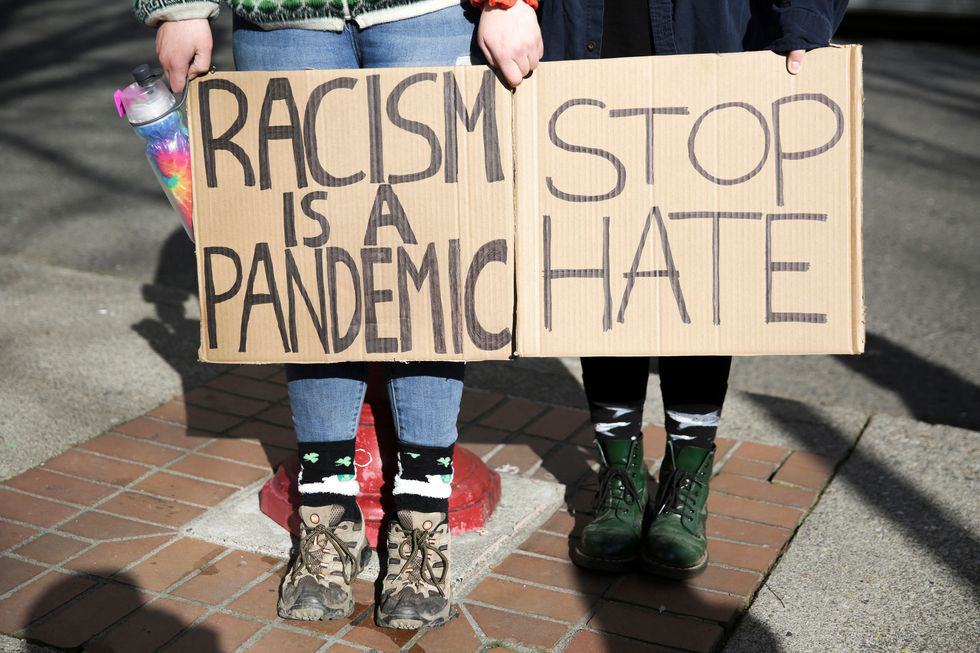 英語記事｜My Take on The #stopasianhate Movement

When the #stopasianhate movement started to take off again in the face of the horrific mass murders that took place in the U.S. state of Georgia last week, I didn’t immediately jump in with my opinion.

The decision to hold back wasn’t because I didn’t care; quite the contrary. The reason was that racism against Asians is a topic I’ve wrestled with my entire life up until now, and I know how nuanced it can be. In fact, it is a topic which is very dear to my heart.

I grew up in Belfast, Northern Ireland, in the thick of the Troubles, an Asian kid in a land where religious and social tensions were boiling over into violent conflict. When I started school as a young child, I had no understanding of English or the expected cultural norms.

Like many immigrant families, mine was insular, and I lived with a foot in both worlds. At home, I lived on an island of Hakka immigrants from Hong Kong, steeped in the values, language and culture. At school, I did my best to blend in the best I could with my fellow Northern Irish schoolchildren.  Especially as a teenager, I wanted to be part of both worlds,  accepted as part of the group while remaining proud of my heritage and culture.

My understanding of the racism I encountered throughout my life has evolved over the years, as I think it has for many others. I often brushed off comments and jokes others made about my race, dismissing them as mere schoolyard taunts. Now, however, I see them for way they were; a perpetuation of racism from one generation to another.

In my youth, I thought that by the time I was an adult, racism would be relegated to the dustbin of history. Unfortunately, racism not only survived, but escalated in recent years.

One of the most distasteful aspects of the Atlanta shooting was how the police immediately and intentionally made excuses for the shooter, claiming he “had a really bad day.”

Of course, had the shooter not been white, it’s unlikely he would have been afforded this courtesy. What about the victims?

Whether people agree on this point is irrelevant. The important message is that there has always been an underlying element of racism towards Asians in the Western world.

The Trump Administration stoked the fires early and often under the guise of trade negotiations before placing all of the blame for the COVID-19 pandemic at their feet. The Asian community was the perfect scapegoat, serving as easy targets for people looking to direct their stress and frustration.

As with most things in life, there are varying degrees of racism ranging from a fear of the “other” to a systemic, deeply-ingrained belief that some races are somehow “less” than others.

In Atlanta, it was a matter of de-humanizing the women who worked at those spas. In California, where an elderly Asian woman was attacked on the street, it was misdirected blame for the Covid-19 pandemic.

This is racism, plain and simple. It is  a lack of humanity, empathy, and compassion. It is a sickness that has no place in the modern world.

The #stopasianhate movement is long past due, but we should not make the mistake of oversimplifying the issues at hand. We must, as a species, work to address the dehumanization of groups that exist outside of the predominant cultures in our regions.

We can do this by recognizing the inherent value of all people, regardless of background. We can stop throughout our day and acknowledge that our decisions, no matter how small, either build up or break down those around us.

Asians have been a prominent target as of late, due in large part to Donald Trump’s scapegoating and casual normalization of racist terms like “the kung flu,” but this isn’t merely a matter of whites vs. Asians. Instead, it’s a matter of the gradual yet consistent erosion of shared humanity.

We must be active anti-racists, pushing ourselves (and being pushed by the system that governs us) to learn about different cultures, people, and places. We must acknowledge our fear and grow as individuals to root out these senseless, destructive, and unfounded beliefs.

Suppose our species is to survive and live up to our potential. In that case, we must not only #stopasianhate, but begin to fully embrace the ancient concept of Sympatheia, the idea that “all things are mutually woven together and therefore have an affinity for each other.”

We are one people, one species, and one family of Man. It’s time we started acting like it.

Find out more about the moment at www.stopasianhate.info.