Recently while speaking at the Ritossa Family Summit in Dubai, I discussed the various opportunities that exist in the space industry and the impact that they may have on humankind’s future. The discussion was well received, and I decided to explore some of the concepts I covered in more detail. One such topic often overlooked is the desperate need to clean up so-called “space junk.”

Since the inception of the space age in 1957, humankind has been utterly fascinated with getting technology into outer space for scientific exploration. However, these endeavors have left a significant amount of space junk in their paths.

Now, it’s up to the world’s leading researchers to discover the best and most economical ways to remove the trash that lies in orbit.

How Much Junk is Floating in Space?

Because there is so much debris in the Earth’s orbit, it’s no wonder that the space industry has decided to take on cleanup projects. However, finding the best way to take on this massive endeavor in a cost-effective and successful way has been a grueling task.

How Can Space Debris be Cleaned Up?

While having a space junk graveyard orbiting the Earth does not currently have a direct impact on humans, it does have severe financial consequences. Not only does the increasing amount of space debris make it more difficult for new satellites and space missions to make it past the Earth’s orbit, but the increasing space junk will cause an increasing number of collisions.

Space debris can be cleaned in several ways, but robot arms, harpoons, nets, magnets, and even lasers have been proposed. Additionally, NASA has suggested developing solar sail-powered satellites that will guide space junk towards the Earth’s atmosphere to be disintegrated.

More recently, Russia has proposed a satellite called the Foam Debris Catcher that could capture up to a ton of space junk in one go by collecting it with engineered foam arms.

Space Debris Removal Projects: Who is Cleaning Up Space Junk?

Many agencies are working towards cleaning the debris in space. Some of the companies that are currently working to address the space debris issue include:

Even though current debris mitigation guidelines enact a rule that states all satellites must be removed from space within 25 years of a completed mission, hardly anyone is enforcing it. Additionally, the removal of a satellite can be tricky because satellites can break down or become damaged by a collision.

Firstly, the existence of space debris is expensive and will continue to become more expensive with every collision that occurs. If more satellite collisions occur, the overcrowding of the debris could threaten the $335 billion space industry. Not only could this negatively impact space research, but nearly every industry relies on space-based services for communication, navigation, weather prediction, and more.

Moreover, the more space junk that piles up in the atmosphere, the more dangerous it will become to complete a mission to space. Should the number of debris reach a certain amount, the junk in orbit could become stuck in “Kessler syndrome” and collide so frequently that the area becomes impassable.

Unlike launch fees that cover the process to get a satellite, not the sky, the usage fee would charge a satellite user for having a satellite in the sky. They would even consider altering the price depending on the risk of using a certain orbital, so it would also likely decrease the number of satellite collisions.

Not only does the value of the satellite industry increase because there would be fees involved with use, but fewer collisions could save the space industry millions, if not billions of dollars. One study found that the value could increase by as little as $600 billion and as much as $3 trillion.

By entering your email address, you agree to receive our news and other commercial material. 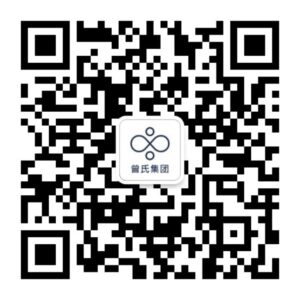